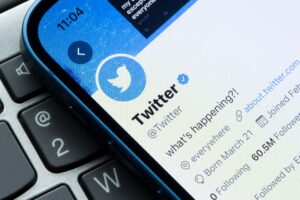 The internet is currently abuzz with opinions about Elon Musk’s divisive takeover of Twitter, but what does the data say?

While Twitter has told advertisers that user growth is at an all-time high, search data paints a picture of users unsure of their future on the platform. Since the beginning of the month, searches for “how to delete Twitter” are up 96%, “how to delete my Twitter account” are up 56%, and even the simple “delete Twitter” has seen a 61% increase. Based on the timeline of these searches, it’s certain that these searches have been influenced by the acquisition, and while users may not be leaving yet, they’re clearly considering the possibility. However, let’s not discount the 35% surge in interest in “joining Twitter,” almost certainly fueled by followers of the billionaire not yet on the site who are looking to join and show their support.

the elephant in the room

One of the key players in migrating users to other Twitter-like services is Mastodon, an open source software that features Twitter-like aspects of microblogging. Going into the research, Mastodon was expected to increase some searches, but a 1011% increase since the start of the month is still very surprising.

A 44% increase in searches for “what is Mastodon” shows that people are not only searching for the site, but also looking to learn more about it. Not only that, but “join Mastodon” is up 69%, so people are not only finding out more about this alternative, but also looking to join. It’s not just Mastodon that has seen jumps, even generic searches for “Twitter alternatives” saw a 36% increase.

What does the expert say?

Michelle Stark, director of sales and marketing at Fasthosts, who carried out the research, said: “When we launched this research, we definitely expected there to be some jumps in search since the Elon Musk acquisition, even more so after some of the changes. more controversial. to the platform were discussed. Increases in searches related to Twitter abandonment, as well as searches for alternatives to the sites, were within the ranges you’d expect to see. However, the massive increase in searches for Mastodon was much higher than we thought. While it’s important to note that this search data is relative and Mastodon’s jump is so impressive thanks to lackluster pre-Musk interest, such an increase is still nothing to sneeze at and has surely brought a lot of traffic to the platform. .

“While we’re obviously not seeing a mass exodus of people leaving one of the most popular social networking sites on the planet, the data clearly shows that people are starting to consider leaving and are also looking for alternatives – all of this is just within the first weeks of the acquisition. We hope to see more of this pattern as new “features” are rolled out, as people start to get disillusioned with the site or simply decide it’s not worth the proposed $8 fee.”

Read more:
The Twitter Exodus: Are We Coming or Going?